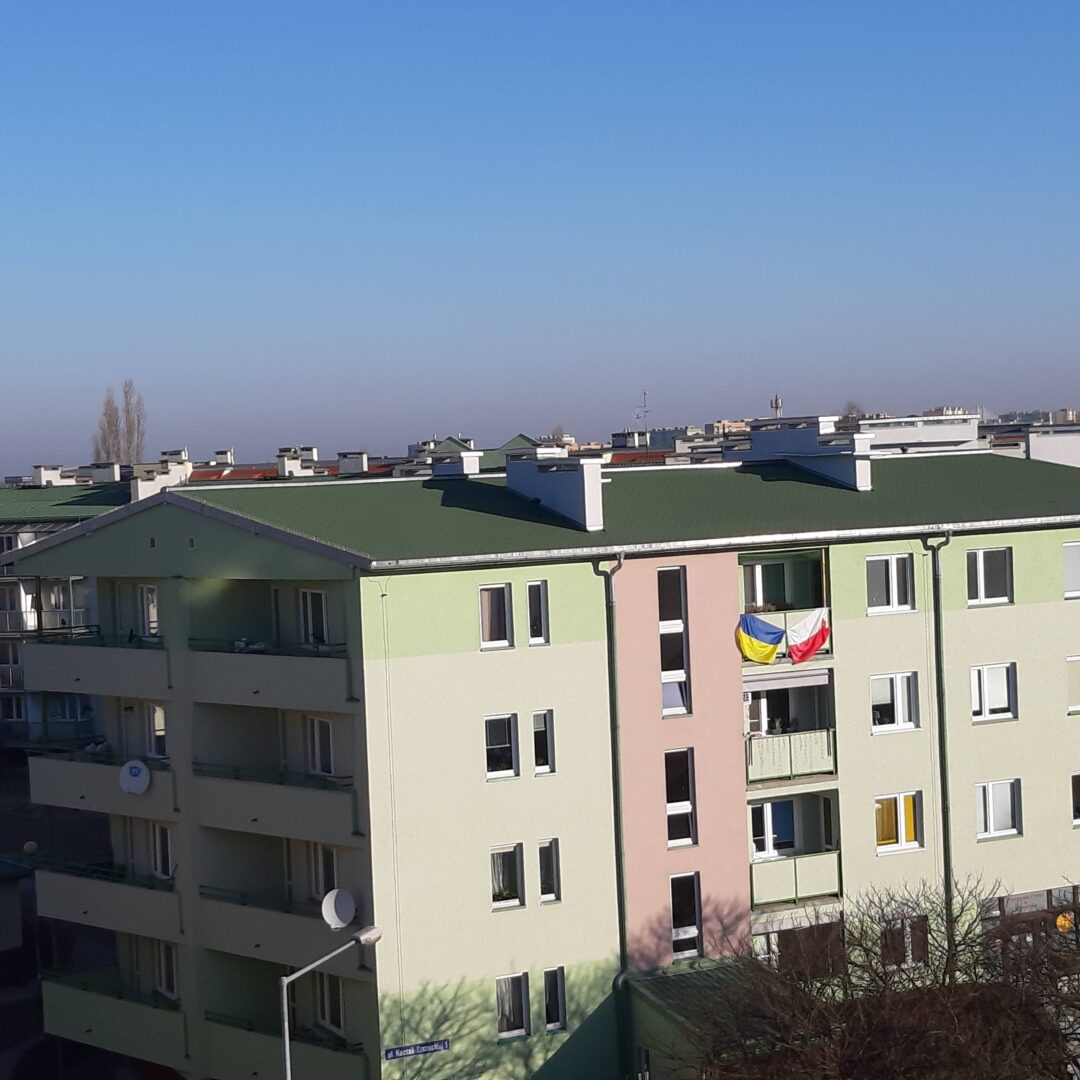 I am sometimes surprised when I realize that I am a parent, and with that it’s my responsibility to talk to my children about things that are going on in the world. I wonder if my parents had the same realization. I am responsible for framing world events for them, for example the war in Ukraine. I know my input is just a small part of the information they receive from the world, but I am really concerned with what we are feeding our children today.

I’m a child of the 80s, a Cold War child if you will. My American childhood included the evil Soviet Union, nuclear war drills at school, and not being allowed to watch “The Day After” on television because I was too young. Not too young to be scared about the end of the world, but too young to see it fictionalized on TV in the timeslot I believe usually reserved for evening soaps such as “Dallas” – which I disappointingly wasn’t allowed to watch either. Who shot JR? Beats me. I had to find out in the grocery line taking a sneak peek at People magazine.

As kids we used to thank our lucky stars that we had not been born in France or in Germany or anywhere else for that matter – not because it was so bad to be a French girl or a German boy, but because in our eyes being a child in America was the best it could be. We were sure everyone wanted to come to America, and we were sorry for the kids of the world that they couldn’t live in such a wonderful place as we.

What hard evidence did we children have that America was the most fantastic place in the world? None really. We were just told that it was, so we believed. I am not saying that America isn’t great or that I didn’t have a good childhood. I am saying that we believed as kids that only in America could such a wonderful childhood be had. I know, I know, but remember, there was no internet.

Maybe you were kid at that time too, and you had a different experience. Maybe I was sheltered as a kid. I do recall that my school tacked an extra line on the end of the Pledge of Allegiance – God Bless America and keep it safe. Screw you other countries, I guess. It was not until high school that I realized that this was not actually part of the Pledge of Allegiance. On the first day of school I said the extra line aloud and gathered looks and chuckles from my new high school classmates, securing my position in the school microcosm as supercool. Not.

And what was it we enjoyed in what we considered our superior childhood? We were fed the story that our country was one of good, righteousness, freedom, and democracy and that hard work was all we needed to succeed. And who could convince us otherwise? Not school, not television, not our history books or our teachers. There was no internet or TikTok or Telegram to prove us wrong or even give nuance to our beliefs. We believed that we were the do-gooders of the world and felt proud to be American and play that role. I know now that nothing is black and white and neither are the intentions or the outcomes of any one country. I know, I know, my childhood naivete is showing.

My husband is Polish and a little bit older than me, and would agree (because I just asked him) that he too was a child of the Cold War. He had to learn Russian at school, celebrate the October Revolution at the school assembly and drink the Lugol’s oil after the Czarnobyl disaster. He was fed the official line of the deep friendship and shared cultural heritage between Poland and the Soviet Union. He listened as one teacher said that this or that historical event was perpetrated by the Germans who in turn blamed the Russians, while another teacher said it was the Russians who were the perpetrators and later placed blame on the Germans. While at home, nobody’s parents believed in the party line and something had to be “nie tak” with that evil America if everyone in fact wanted to go there. Uncle Andrzej sent pictures of the Big Apple and enough money for Auntie to buy a car, later an apartment, and finally a house. In opposition to my blind allegiance to everything “perfect” in my country and its leaders, my husband was suspicious of all, tending to believe the opposite of the official narrative. While the public media reported one thing, people could see things with their own eyes. Radio Free Europe and the Voice of America played in his home. National pride took on a meaning for him separate from the government that ruled his country.

I know, I know, I may sound dramatic, but my meandering story is leading up to a point, I think, I hope.

Ukraine, our nearest neighbor to the east in under attack, brutally invaded by their nearest neighbor, in danger of disappearing behind the new Iron Curtain. This war started in 2014, but that is a story for another day. I want to talk about what it is we are feeding our children when we talk about the situation in Ukraine. We live in Poland, and our children are Polish. So from their mixed parentage they get a healthy dose of the American “you can do it” attitude plus the smart caution of the Polish – trust no one, not even yourself- approach. Since the war started. in Poland, we have been bombarded with all kinds of stories (and thank goodness nothing more) about the war, the plight of the refugees that we were not expecting, but we welcome just the same, and lessons from history. Just taking a look into Polish history, you can easily understand why Poland feels duty-bound to help their nearest neighbor in a way Poland was not helped in the past.

I have been oft reminded that Poland doesn’t forgive and forget. For many, that applies to our fleeing neighbors as well and the actions of their ancestors. Yes, I know of the incidents of brutality between the nations in the past. If I were to live my life judged solely on the actions of my ancestors, I would achieve nothing in this world. My children too are aware of this difficult past. They learn it in school. Their history lessons are soaked with the blood, shed on Polish soil. Do those other nations know how wronged we (Poles) have been? I do not know. Do we realize that we too acted as perpetrators in the past? I hope we do. What should we do with that information? What do we feed our children?

We feed our children with what is right, what we know to be true as the right thing to do. We help our neighbors. We help them because it is what is right. We help our neighbors because it is life and death for them and ultimately maybe for us all. Their house is on fire, and they are running to us for safety. We help them because they would do it for us, or so we hope.

One of my American friends asked me why Poland reminds the world at every turn that Poland is a member of NATO. “Are you afraid people are going to forget?” she quipped. Hardy har har. Yes! Ok, not really, but forgive the people of Poland for reminding the world that they are members. They (we) are very nervous neighbors right now. We do what we can to help as regular people and watch helplessly as the tragedy unfolds, as our neighbors wake up each day to the worst day of their lives.

We don’t forget history, but we also don’t let it blind us to the friends in need. That’s what I am going to feed my children.

I wanted that hopeful statement to be the end of what I have written, but it is not. Because while I am preaching to my children that we have to help our neighbors and do what is right, I know what the next generation of Ukrainians are going to be fed with, and while it certainly includes a brotherhood with Poland, it also includes vengeance. How can it not and how can we blame them? It’s the trauma that keeps on giving.

The Baltic Sea and Iodine