Liquid modernity and The Translation Gap

“When I stop understanding the present day, when the world around me puts up barriers that I am not able to overcome with my mind, when the astonishment over the changing mass culture and customs already takes a borderline form – then I reach for Zygmunt Bauman’s books and look for explanations in them, in short, I am looking for help.”

This is the first line of Krzysztof Varga’s column entitled Lost in the Supermarket czyli ja wszystkożerca in Gazeta Wyborcza’s weekly supplement Duży Format. After that first line I not only wanted to immediately pick up a book, any book, by Zygmunt Bauman, but I also wanted to read Varga’s column beginning to end, which I did – a few times actually. It was difficult for me. C’mon, liquid modernity is a difficult subject in any language, let alone a “foreign” one. Lucky for me, Bauman who was a Professor of sociology at the University of Leeds, published his many works in English. Hopefully, I will read some.

Wandering down the page, I decided to read the column by Wojciech Orliński entitled Wyrwa enroiczna. Yeah, I didn’t know what it meant either…but now I do, so thank you Mr. Orliński. You may have experienced wyrwa enroiczna (a phrase coined by Anna Bednarczyk) if you have done translations of any kind.

You reply, “Niestety nie jesteśmy w stanie panstwu przyznać wiekszy rabat w tym roku na takim poziomie zamówień.” (Unfortunately, we are not in a position to offer a larger discount at such a volume of orders.)

Your translator translates your statement as, “No discount.”

Wyrwa enroiczna is the translation gap in meaning or eloquence from the original text to the translated text. It can be the fault of the translator (as in my example above) or just a product of the differences in languages. Orliński describes this phenomenon giving examples from the works of Stanisław Lem, famous Polish science fiction writer, from the book “Lem i tłumacze” a collaborative effort under the editorship of Elżbieta Skibińska and Jacek Rzeszotnik.

The phenomenon is not exactly “lost in translation” but at least “diminished in translation” – the assumption being that the translated text gets the short end of the stick. And that is every translator’s dilemma. For the translated version to be just that, a translated version, not a better version, nor a worse version. I recently completed my first large translation (Polish to English, of course) completely on my own. It was a challenge for me, but the text was well-written without too many hearts or flowers if you get my drift. I feel that the English version is very loyal to the Polish version. My success!

To be a good translator, it is not enough to know the 2 languages. Some degree of creativity and imagination is necessary especially in works of literature. It is said that Stanisław Lem was a great poet. I have read his books in English, and it never crossed my mind even once to describe his work as poetic, but Orliński has given me something to consider.

Take this line from Solaris (given as an example in Duży Format) of “Bezwzględna cisza wypełniała całą Stację” (Absolute silence filled the entire Station) translated as “I couldn’t hear a sound” (Nie słyszałem żadnych dźwięków). I can see why we hold different opinions on Lem as poet. Orliński read the original book, and I read another book entirely, a book not completely free of poetic turns of phrase, but not always as poetic as the original.

So how should we translate this line from Solaris?

“An absolute silence filled the Station.”

“A ruthless silence filled the Station.”

“A merciless silence filled the Station.”

“The Station was filled with a cruel silence.”

or maybe as it was very dryly translated…?

It’s not so easy.

I think we could coin another phrase here…let’s call it reverse wyrwa enroiczna meaning when the the translated text is shinier and more beautiful than the original. First of all, let me say that I like to listen to eloquent speakers just as much as the next guy, but I also appreciate the simple eloquence of plain talkers, for example Lech Wałęsa. However, my first contact with Wałęsa was during his visit to the U.S. and his address to the U.S. Congress. So eloquent was his speech that even the hardened, jaded U.S. congressmen and women were drawn to tears…as was I. I used to be a sentimental type with romantic notions of Poland.

Fast-forward to today…I know Polish…kind of…and while I suppose I enjoy the straightforward manner of Lech Wałęsa (in Polish), I now know that his moving speech in the U.S. was the combination of good speechwriting and reverse wyrwa enroicza – the translation being a polished version of the original.

Or maybe it should be… 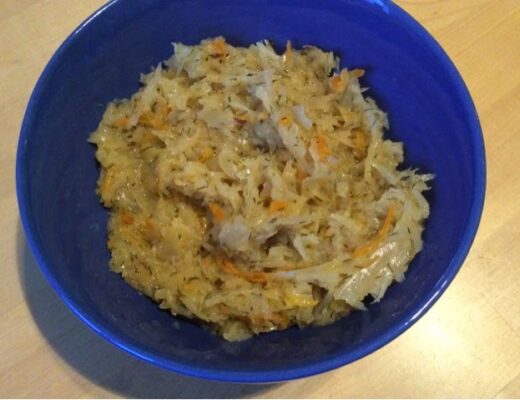