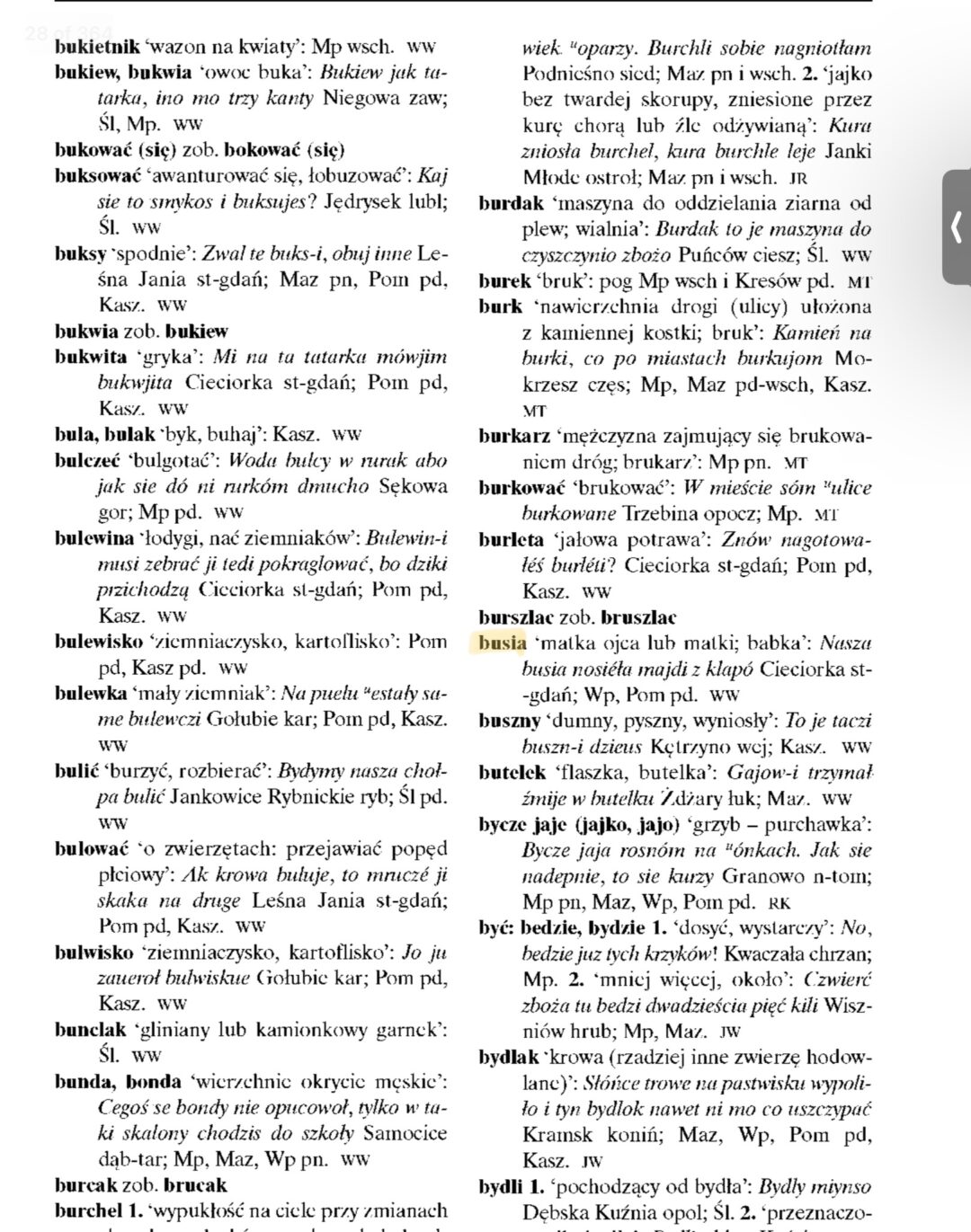 How do you say Grandmother in Polish?

Or better yet Jak rozpętałam trzecią wojnę światową (How I started WW3). This question of how to say grandmother in Polish is very controversial amongst folks with Polish heritage and local Poles. Just check out any social media group where this question frequently gets asked. Those posts easily rack up hundreds of comments ranging from the innocuous to the nasty. Polonia are often accused of a lack of respect for their culture, language, and heritage, while Poles are accused of gatekeeping who or what is Polish. You know they say gdzie dwóch Polaków, tam trzy zdania – where there are two Poles, there are three opinions. Maybe it’s just part of our culture 😉

So what’s the answer to how to say grandmother in Polish?

Babcia is how to say Grandmother in Polish.

What’s all the hubbub then over a seemingly simple question with a simple answer? That’s where the word busia comes into play.

Yes, what about Busia? In all the discussion over how to say grandmother in Polish, the number one argument of Polish speakers in Poland is that Busia is not Polish. They claim that it is an exclusively Polonia creation and not a Polish word.

Well, is it? Is Busia a Polish word? Yes, Busia is a Polish word meaning grandmother in gwara (dialects), but it is not what Poles call their grandmas.

Now hear me out.

Who calls their grandmother Busia?

Some more indications of use in gwara https://kramsko.pl.tl/Kramska-gwara.htm?fbclid=IwAR0jtVW7TM6lUf-aQFJgmTn2cfhhpHwyzQ098nhkqha77XmXUFGlU26mP5M

Here with a lovely poem about grandmother using Busia

Some words from the author of the poem https://kociewie24.eu/tworca/elzbieta-pasterska/

The poem by Elżbieta Pasterska:

We can find several words for woman, young woman, old woman, mother, grandmother, great-grandmother in the modern and old dictionaries as well as in dialect dictionaries. As you can see – baba, babka, babcia, babusia, babunia etc. are all there with several meanings.

Babcia is the term that has held on in Poland, while it seems Busia is the favored term with Polonia or at least American Polonia. That being said, Busia is a gwara word for grandmother, and it is not commonly used in Poland. Busia is so uncommonly used that most Poles would go as far to say that it isn’t Polish. It originates in Poland, but is virtually unknown these days. It can be found in the excerpts shared here as well as in the links of the sources. These are glossaries of gwara and one specifically krajenska gwara. You can even order a book entitled Opowiedz mi busiu, a collection of poetry. The title translates to Tell me grandma or Tell me busia.

Busia makes perfect sense as a shortened form of babusia. I am surprised Bunia never caught on from babunia. It’s my favorite one. I think Bunia is quite catchy. It is conceivable that Polonia either shortened babusia to get busia which I must admit, sounds quite sweet. Or that a large community of people speaking gwara popularized busia in the US and other Polonia communities. Either way, we people living in Poland have to admit that while busia is strange for us, it is in fact Polish.

How many people still use the word Busia or at least recognize the word as grandmother? I do not know. I would have to do research on the topic. Let’s just say that if I walked around my village and asked the local kids where their Babcia was, they’d understand me. If I asked them where their Busia was, they would not.

Well, sorry Polonia, you are going to have to come to terms with the fact that this one stems from a mistake. Most likely after hearing things like Idziemy do babci (We are going to Babcia’s) all your life, the word babci just stuck. It is simply a conjugation form of babcia and not a proper noun for grandmother. My kids go the extra bilingual mile and say we are going to Babci’s 😉

All the forms can be found here https://odmiana.net/odmiana-przez-przypadki-rzeczownika-babcia

So what about those Polonia especially in America?

I agree with the opinion that respecting culture means getting to know culture and language. Keeping the “other” culture alive takes a lot of work. As the generations go by, it gets harder and harder. And just imagine immigrants of years gone by and how difficult it was for them to maintain a link with their home country. Add to that a desire many had to fully assimilate into their new culture and that’s a recipe for losing your precious roots.

Where do I fit in?

I am an American without Polish descent (well, very tenuous heritage far, far back), but I have lived in Poland for over twenty years. I didn’t choose to live in Poland to enrich my heritage or anything like that. Polish heritage was not a part of my life before moving here. But here I am anyways. My husband is Polish. My children have dual citizenship and are fully bilingual. They have been to the US three times only for short visits. I think if I asked them they would identify themselves strictly as Poles. And that’s ok. They are very culturally conscious, but their Americanness only comes from me – their mother – and popular culture.

Maybe I have neglected my responsibility of teaching my children about my culture. Recently, I was asked to consider teaching a kind of “American school” for some American kids living in Poland, just like the weekend “Polish school” some of you may remember from your childhood. Will I do it? I don’t know. This is stuff I am more than capable of teaching. I even have the materials. But at the same time, it’s stuff I haven’t taught my own kids. I have taught them my language of course and some cultural things that are important to me and my family, but that is it.

In my opinion, many Americans view their own culture as default, serving as a generic background for their cultural heritage (however strong or weak) which serves as a spice to the plain old American culture. Perhaps I have fallen into the trap of thinking my American culture is some kind of generic default with the Polish culture as the more worthwhile spicy part. Am I wrong to think that many Americans view their cultural heritage in that way? When they say I am a Polish American or I am an Italian American, etc. it is the “other” which sets them apart from the base American. Or maybe I have gone too far with my conclusions. Contrary to popular belief, America does have a culture. While Poland is not only kiełbasa and pierogi, America is not only hameryka and idiocy.

In the case of Polonia, we are often talking about generations of Poles quite detached from Poland. While some people carried on teaching their children the language, sending the children to relatives in Poland every summer, cultivating heritage, and keeping up with modern events, many did not. And that’s ok. I do know some Polonia who are stuck on the motherland concept and have a hard time with the concept of Poland as it is now, a modern country.

Despite the complaining we do in Poland, Poland is a modern country. I can order my sushi here using an app, drive there in my hybrid vehicle, pay for parking with my phone, text the restaurant that I’ve arrived, and pay for food with my eye. I can also eat schabowy z ziemniakami i mizerią at a milk bar. That’s Poland.

I hope this goes some way to clear up any confusion with how to say grandmother in Polish. If you still have a grandmother give her an extra hug today, and if you are a grandmother I wish you sto lat Babciu!

A small glossary of gwara

When your child starts school…

Exposed Beams and other stuff