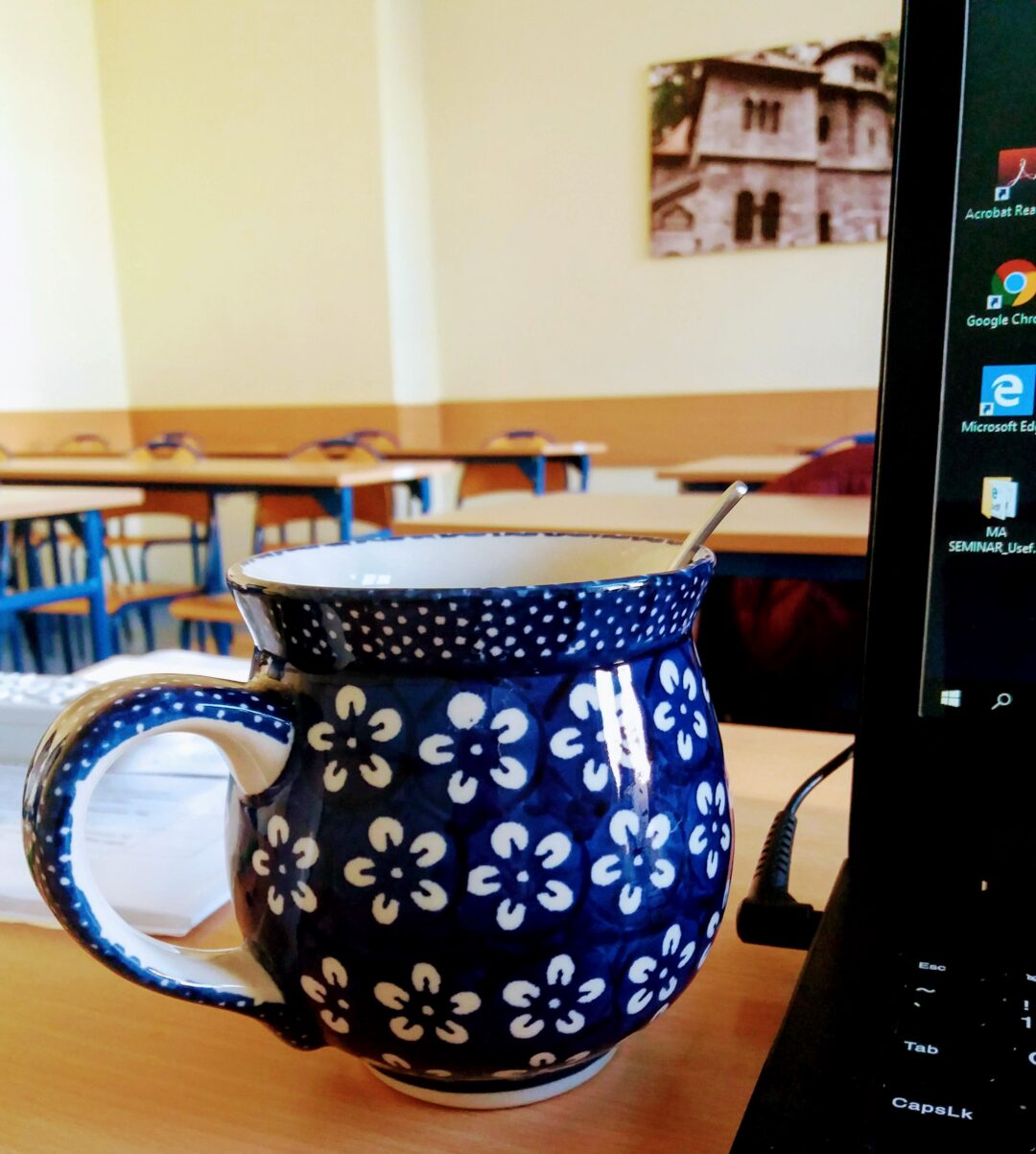 I am not proud to admit this, but I am a proud person. Sometimes too proud. Perhaps it is the Polish in me. I have been known to let my pride get the better of me. The older and wiser I get, the better I have it under control, but my the pride of my youth is partly the reason I moved to Poland in the first place.

Back at university I was what you would call a good student or even a very good student. It came as a surprise to me because in high school I was what you would call a popular girl, a soccer player, a cheerleader, and by the way – a student, good enough, clever enough, could probably apply herself more. I did an about-face at university. I was very happy to study for my degree in education. Almost every course I took I loved, especially history, economics, English, and special education.

If you had known me back then, you would not have guessed for even a second that I was enjoying my studies because in a way I wasn’t. I had to work and study and that put enormous pressure on me. Add my desire to learn everything I could, to squeeze every cent of knowledge out of that school to the pressure I’d put on myself to perform and you get the picture. The picture wasn’t pretty. I was always stressed, tired, overworked, and sharp with people, even rude. I don’t think many of my former classmates remember my name, but they remember me. You may know me as Chris, but classmates had their own name for me for sure.

I really excelled at university, and it showed in my grades. While I didn’t have much of a social life, I did volunteer at a church soup kitchen (where I learned how to peel potatoes properly because I didn’t have any other job there) and at a school as teacher’s assistant for at-risk students. I was well on my way, I thought.

My last semester at school was spent furiously applying for all kinds of teaching positions. I got a few interviews as well which I was pretty smug about. It just so happened that I was the only female candidate at the interviews, and was asked more than once what sports I could coach, not how I managed a classroom. At the time, I was also smug about that fact too. Now I realize that it was just sad, the whole situation and my smugness in being the only gal in the boys’ club.

There was one job that I really wanted, more than the rest. I was so excited to get through the first round of interviews, the observed lesson for a real group of students, and the final interview with the school board. I had some other interviews for jobs that I considered worse for reasons I cannot even remember now. While desperately waiting to get word that I had landed my dream job, one of the not-dream jobs called. The job was mine if I wanted it.

What was I thinking?

Well, I wanted a job that’s for sure, just not this one. I informed them that no, thank you (I know!!!!) because I was about to hear any day now from the job I had my heart set on. Being much more experienced in life, the principal of the school asked me to give him a final call in a week. They’d wait for me a week. I can’t believe I told a principal who was offering me a job – no thanks, I am waiting for another one.

You can probably guess what happened. The dream job called. I didn’t get it. I politely thanked them for considering me, and kicked myself for all the valuable time I’d invested in their long and arduous recruitment process right before finals. A normal person would thank their lucky stars that they could just call the other school and take the other job, a perfectly acceptable position I am sure. But that’s not what I did of course. My pride got in the way. I did call them though, and politely declined the position. They wished me luck in my dream job that I had mentioned before – why else would I be turning them down? I thanked them once again.

There was nothing left to do but study for finals. I also signed up for summer courses to finish my minor in special education and took entrance exams to get started on a master’s even though I didn’t really want to. I graduated second in my year, and the next day went to work at the mall. There is nothing wrong with working at the mall. Don’t get me wrong. I could have continued to work there. They even promoted me, but after telling everyone at work that I was going to work at my dream job, my pride didn’t allow me to continue on. I needed to find a way out and something that would help me land that dream job next time.

I decided to go abroad. Wherever that may be, I didn’t much care. One of my professors had recommended me for a position at university in Taiwan which I interviewed for and later got along with a position in South Africa and one in Poland. I chose Poland. I figured I could blend in in Poland, see a bit of Europe, get some teaching experience, and eat some good food.

That’s why I moved to Poland

So there you have it. That’s why I moved to Poland. I had no idea that I’d have a Polish husband. Or Polish kids or that I’d learn how to speak Polish. I definitely had no inkling I’d be here 20 years later. That’s my classroom in the picture and my work mug. I have a work mug! In Poland! Nie do wiary!

Here I am, Poland. You are stuck with me. Want me or not, I’m here to stay.

If you’d like to read more about me and my life in Poland without taking a deep dive, check out these posts below.

Here’s what I knew about Poland before I came here – What Do You Know About Poland?

If you’d like to read about another American who was crazy enough to move to Poland, check out Polonization and catch up with Leah.

How does Poland celebrate Halloween?