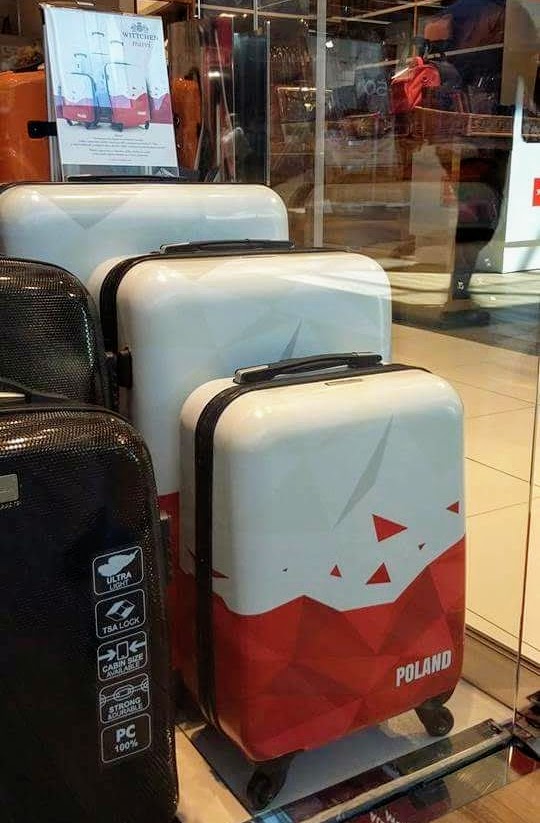 Things have been heated lately in politics, and when I say lately, I mean today, yesterday and since the beginning of time. Comments turn into conversations, conversations into debates, and debates into fights – fights that end friendships, alienate co-workers, and strain family relations. It’s all fun and games until somebody tells you to leave the country, right? I mean it’s not a proper political discussion until somebody says – Don’t like it? So why don’t you just leave?

How many times have I heard that? Too many to count over the years, and while it has ramped up in the current political climate as they say, people have been telling people to get out if you don’t like it forever. I have been on the receiving end of this on several occasions in Poland where I live and in America where I come from. Perhaps you have too.

Please don’t do it. It’s so divisive. No dialogue can happen after that. It is hurtful. It might feel good to say it, but it’s like a punch in the gut on the receiving end. It makes me want to put as much distance between us as I can. It makes me want to to cry and to fight all at once.

It’s not like people don’t move. People do move. They don’t need an invitation to do it. They change countries all the time. People who are unsatisfied with their government or are hurt in their country, their rights are not protected, or they are persecuted. They do move. They move if they are able.

I moved to another country – from the United States to Poland, but I moved for fun and adventure and for work. It’s a luxury to move for fun. It’s a luxury to want to move and be able to find a country willing to take you.

I Love My Countries

Working to make changes in your country doesn’t you mean you hate that country, but that you love it. You want it to be the best and live up to its ideals. When I protested in the streets or pressured my children’s school to respect our rights, I did it out of a love for Poland and its constitution which protects me, an immigrant, and my Polish-born children. Did the school principal suggest we might be happier if we went “home’? Yes she did because it is easier to eliminate those people in our lives that we don’t agree with, to unfriend them out of existence at least for now. It was easier for her to suggest we leave for our own good than to uphold the constitution and extend its rights to all the children under her care.

It’s a dangerous and slippery slope to declare in such terms who is worthy of being called a true American, or a true Pole, or German, or whatever, and the rest of you be damned. You voted for Biden? Great. You are probably pretty happy right now, right after the inauguration. You are a real, true American. Voted for Trump? Super. You are a real and true American too. Flipped a coin? Guess what, you too are still American. I’d never invite any of you to leave the country because of your vote nor because of your dissatisfaction with mine.

What I find mind-boggling at the moment is that some folks from the losing side are still extending leave the country invitations to the winning side – if they don’t like it. Their candidate was sworn in yesterday. What’s not for them to like? Regardless of sides, I’d never invite anyone to leave. The invitation I would extend hasn’t changed since I was 16, got my driver’s license, and bought my first bumper sticker which read – “Think Global. Act Local”.

If you don’t like what is going on around you, I invite you to do the following:

And if you already do these things, I thank you. I know it is not an easy path to follow. Don’t give up. Sure, be sad, be disheartened, but don’t despair, don’t dismiss, don’t gloat, and don’t belittle. Do more than invite “those people” to go away because those people are your people and my people. They are our people, whether we like it or not.

PS I know I got a little preachy there, so please forgive me.

life in Polandmepolitics
6 Comments
By Chris

A Case of the Uglies