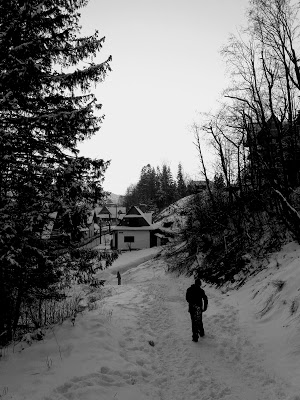 I almost exclusively read my news online – from reputable publications, thank you very much. For you young people out there, there’s nothing new or even interesting in that, but I remember picking up my New York Times each day from the university bookstore and my workmates fighting over the Praca/Work section of Gazeta Wyborca back in the day. Not too loud though – they didn’t want our boss to hear. My mother still has a paper newspaper delivered daily. I was surprised they still even printed it. She has a laptop and a tablet and a code for the same newspaper online which she has never ever used. The best sections of her local newspaper are: Police News where we can find out who got arrested, complete with full name, age, and address, Letters to the Editor where the ratio of crazy people letters to normal people letters is about 5 to 1, The Courthouse Roundup where we can find out what happened to all those people from the Police News in addition to who got married or divorced, bought or sold land, or applied for a restraining order, and the last best section, according to my mother is the Obituaries where we can find out who died. That’s a lot of personal information for one small paper.

I remember years ago what an amazing thing it was to be able to read news from all over the world sitting in my teeny tiny apartment in Poland. Now, sometimes, I want to turn it all off. I follow Polish news of course. Living in Poland it’d be hard to avoid and also irresponsible I think. I feel it’s my duty, plus it helps with my Polish language skills. Having said that, I have some Expat friends who do not know who the President of Poland is. Oh well, ignorance is bliss. I follow American news as well because, well, I’m American. I’m keyed in to the most important events, but I miss the little stories. That basically boils down to a lot of Trump and almost no Kardashians. You win some. You lose some.

Today, I saw a picture of Melania Trump visiting the Holocaust Museum in Washington D.C. She’s photographed in one of the areas that made a lasting impact on me. This area is painted dark, blue or maybe gray or black, with the white overlay popular in Europe years ago. Our whole house was painted like that when we bought it. I thought of the museum exhibit when we looked at our house with the real estate agent. The walls of the exhibit are covered in pictures, pictures recovered by soldiers from a village in Lithuania, a village with no survivors.

I visited the museum when I was teaching history in nearby Baltimore. I went once with my future husband and my boss from school. My boss couldn’t believe how the city of Łódź is pronounced or that my future husband was able to translate some exhibition materials that were not translated from Polish to English. I went a second time with my students. Another teacher had been awarded the invitation to the museum (complete with guides, buses, a substitute teacher to complete any duties at school), but declined. In our school we were often without water and electricity, our history books were printed in 1952, and nobody took our kids anywhere.

Anyhow, back to the room – it’s really a large hall connecting one part of the exhibit with another. It’s magnificent. The pictures, black and white, line the walls as the visitor goes through on a walkway. There are portraits, weddings, funerals, beach vacations, winter breaks. I remember the winter break pictures because I was so pleased with myself that I could read ferie zimowe. There were kids, some alone, some with parents, skiing, sledding, building snowmen. Just like my kids this winter break in the picture below. If you get a chance to go to the Holocaust Museum in Washington D.C., please do. It’s worth a visit. You can catch a peek of the exhibit I am talking about here in Tower of Faces

Years ago when it was still a novelty to be connected and all that, I came across an article about a gentleman, a Holocaust survivor, living in England who was unable to go to the Auschwitz liberation anniversary because he was elderly and had no one to accompany him. I thought for a minute, and then for a minute longer. I shot off an email to the journalist with an offer. If this gentleman could get himself to Poland by air, I could pick him up at any airport and accompany him to all the events. Jeezuz, I almost wrote festivities instead of events. The same day the journalist got back to me. He thanked me for my interest and passed on my offer and contact information to the gentleman. He requested that if we actually made plans to go to the anniversary together that we please let him know so he could write a follow-up.

A few days later as I was driving to work, my phone rang with an English area code. A friend of mine worked for a courier in England and had been known to butt dial on occasion, nevertheless, I quickly pulled over and answered. It was this lovely gentleman speaking with a perfect Geordie accent thanking me for my offer. It seems the journalist had exaggerated just a bit. The gentleman didn’t have anyone to accompany him in the sense that his children were not able to bring him, not in the sense that nobody cared about him. He did have mobility issues that required some extra care, but all in all he said he was fit, but not really that keen on attending the anniversary. We chatted awhile and he asked me if I knew his home area near Lublin. I replied that I was familiar with the area because my father-in-law was from Szczebrzeszyn. The phone went silent, and I was sure we’d been cut off.  After a few frantic hellos from my side, I realized he was crying. “I can’t believe I’m talking to an American girl in Poland, and she just said Szczebrzeszyn.” Then he laughed.

When the Germans came through his area, he and his sister and her boyfriend hid in a field while the rest of his family hid in the house. Unfortunately, the family was murdered the same day. He and his sister were later taken away to Auschwitz where he survived. He made his way home where he waited on his old doorstep for anyone to come home. No one did, and he described the situation there as more dangerous by the day as some people feared survivors coming home to reclaim their property. He was strongly advised to move on. In the end, he decided to go to England.

“Didn’t you want to stay in Poland?” I asked. His answered chilled me. “Imagine that tomorrow you wake up and you cannot find a single person that you knew from the day before. Not your family, not a neighbor, not a shop owner, former classmate or teacher, not a single familiar face. That was Poland for me.” He also told me of his past trips to Poland with his family and his total lack of desire to visit Auschwitz again. “I think I spent enough time there,“ he said. His greatest regret? Never having killed a Nazi. He was a child when the war began and came out the other side someone who regretted not having killed someone. That saddened me, but who am I to say anything about the regrets or desires of someone who has gone through the unspeakable? The incongruity struck me though because I felt as if I were talking to a twenty-something. His voice was so happy, so optimistic.

“Powiem Pani coś po polsku, bo żona tutaj stoi,” he started. (I will tell you something, but in Polish because my wife is standing here.) He proceeded to tell me about how via the Spielberg Foundation he found his sister 40 years after the war. She and her boyfriend had survived and had been living in the US. In Polish he said, “It was the best day of my life. Better than my wedding day. Better than the birth of my children. To know that I wasn’t all alone. That was something.”

It was my turn to cry. 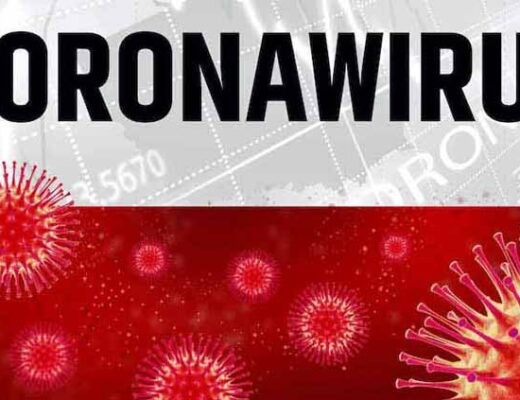