The Angriest I Have Ever Been At My Mother 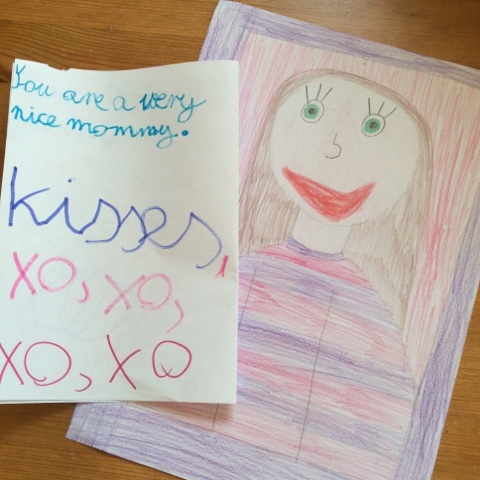 No one can make you angry like your mother can. It usually doesn’t take much, an innocent comment, sometimes just a look, that goes straight to your heart and immediately infuriates you. I remember plenty of slammed doors as a teenager and the occasional “you’re ruining my life”. I even remember an argument years ago which ended with me storming out of the house in tears.

Don’t get me wrong. I love my mother. We are very different people and very different mothers. Even so, she had her hand in who I am today, tears and all. My mother knows I love her because I tell her so. We’re the rare breed of mother and daughter who actually say the words “I love you”. I must admit that I was the one who started it. I don’t recall any “I love you’s” from my childhood, not a one.* As an adult I was very resentful of this fact. Some years ago I decided to be an adult about it and change it. What was the worst that could happen? My parents wouldn’t say it back? Of course they would, and they did. Thus, a new family tradition was born. That means that “I love you” was the last thing I said to my father and the last thing I heard from him. You never know when it’s the last one.

Moms have a big influence on their kids. I know that some day, my girls will grow up and sit around the table talking about how I infuriated them over the years. Just the thought of that warms my heart. I’d like to hope that now I am an adult, I could return the favor to my mother….and infuriate her like she has infuriated me…. and have some influence on her…positive influence, I hope.

The town where I grew up is teeny tiny, and located in a rural area. There is a university though, so we felt all worldly about that when we were kids. Any new people in our town were usually professors, doctors, or other professionals. It wasn’t a place where people moved to but rather away from. I mean there wasn’t any reason to move there if it wasn’t for a job. We didn’t get many or any foreigners back then.

Flash forward to today…my hometown is still teeny tiny. The area is still rural, but maybe a little less than before. There’s still a university – it’s even bigger than when I was a kid. The newbies in our town come from all kinds, not just professors or professionals. We even have some foreigners.

My aunt happened to be our Spanish teacher in school. We couldn’t figure out why we had foreign language lessons back then. We didn’t see the need. Plus we did everything to sabotage my aunt’s lesson plans, thus leaving us after all those years with little to no Spanish in our heads. My aunt is retired now, but she substitutes in the district schools and works as an aid when a Spanish-speaking kid needs language support. My mother was telling me about my aunt’s latest position as an aid in one of the kindergartens. There was a kid who couldn’t speak English almost at all. My mother’s commentary on that (break out the mom voice), “Well, apparently his parents can’t speak a lick of English. I don’t know what the problem is, if they’re just too lazy or too stupid to learn.”

And that’s where my head exploded. Pure fury. Skype hath no fury like a daughter for her mother. I don’t even get that mad when my mom Skypes me in the middle of the night and asks why I’m not asleep.

My question to my mother, “Do you think I’m too lazy or too stupid to learn Polish?”

My mother, in her totally mom voice, “No, of course not honey. Polish is a very hard language! And you are a very busy lady. You have your work and the girls.”

“So Mom, maybe those parents have just come to the US. Maybe they work long hours. Maybe they haven’t had an opportunity to learn. There are a million reasons why somebody wouldn’t know English and stupid and lazy are not at the top of the list.”

I still love her though. She’s my mom. She still loves me too. I’m her baby.

*I just remembered one “I love you” from my childhood. My father dropped me off at my high school and just as I reached the main doors where my friends were waiting, he got out of the car and shouted, “Chri-is! I loooooove you!”

If you can read this, then…What would you do?

As Seen In Poland: Chuck Norris