Poland is often called a Catholic country. I am not even sure what that means exactly. In my experience it means that some people are devout believers in god and church, others believe in god but maybe not the church, some just go with flow because it is easier, a few believe in something else and the rest, like me, don’t believe at all.

I believe in something. I believe that potato chips are evil and are out to get me. I believe that the chance of rain increases on days I wear suede shoes. I believe the severity of traffic congestion is proportional to how late I already am. I also believe that all religions are made up. Religious arguments, religious wars, families broken up over religious issues – I understand them, but they are at the same time ridiculous for me. It’s like when my kids argue over who is better – spiderman or the pink powderpuff girl.

Anyhow, I figured that even if I am not religious and my children are raised in a non-religious household, we should still know something about world religions ‘cause you know, if people are cutting off other people’s head over something, you should probably try to figure out what is going on. So I’m still not exactly sure what’s going and there will not be any Kielbasa Stories post What’s the hubbub? ISIS, but I know more than I used to know.

For our girls, we bought a book that outlines the beliefs of a few different religions based on a year in the life of a child. It includes beliefs, holidays, restrictions, what’s different, what’s the same – it’s a cool book.

Another thing I believe is that children should not receive religious instruction. I do what I can to follow that belief with my own children, but as you may know, my girls’ school doesn’t support us in that issue. Anyhow, after our last meeting in June which took place after the zillionth time one of our children was forced to go to catechism (catechism is taught in Polish public schools), we demanded a new procedure, a procedure that has teeth, a procedure where you sign up for catechism not sign out, a procedure which if not followed has consequences for the teachers who fail to comply.

Previously each year we had to sign our children out of catechism. The school operates on the assumption that all children will attend. We complied and each year we signed our children out of catechism. Additionally we verbally reminded the teachers on the first day of school each year that our children do not have permission to attend catechism – because that is basically how the signing out process worked. Parents have to not give permission, to withdraw permission. I know it’s a weird formulation. You don’t “not give permission” when you don’t send your kids for extra French lessons. You just don’t sign them up and that’s it. But anyhow, legal or not, we still did it. And the effect? Our kids were forced to go to catechism as recently as June.

This year, on the first day of school, parents were asked to sign up. No one was asked to sign out. The teacher informed the parents that they will compile a list of kids who attend catechism not a list of kids who do not attend. Catechism still takes places smack in the middle of the day, sending our kids to the day-room to spend time with the coloring books, doll houses, Legos, the day-room teacher, and a handful of other kids who do not attend catechism.

There are public schools in Poland which started the school year as they do each year which a Catholic mass before the official opening of the school year. Some schools started from mass at church and then proceeded to school for the first assembly of the year. The answer to parents’ questions of when they should come to school for the assembly was that it depends how long the priest’s sermon takes. Other schools cut out the middleman and just invited the priest to school. In one school there was a full mass in the gym, in another just an Our Father and some words about the creation of the world, while in another the children were taken out to the parking lot to be blessed with water by the priest. I know about all the cases from the media and from support groups such as http://rownoscwszkole.pl/ and http://www.wolnoscodreligii.pl/.

To the parents of children from those schools, please don’t give up. I know you have a long way to go and that you feel helpless, but know that with each small step we are getting closer to our goal of a secular education for our children. 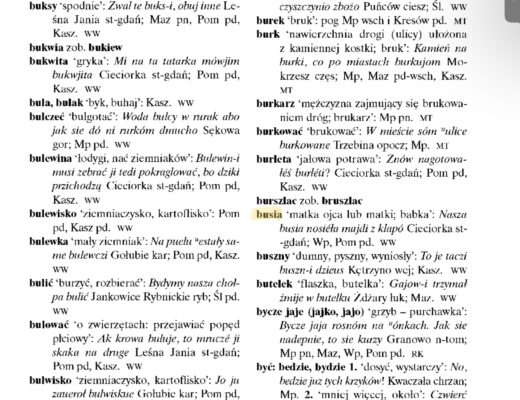