I cannot tell jokes. Not even suchary*. I “burn” every joke even the lame ones. So I guess that makes my jokes spalone suchary, hee, hee burned toast.
C’mon, I do my best but I’m no Karol Strasburger.
I usually remember the punch lines though. However, I remember only the punch line and then proceed to burn the joke.
Do you know the jokes to these punch lines?

Once and only once was I able to pull off a joke telling hat trick. It was at a party. I made up the joke myself. The butt of the joke was our supervisor. Everyone laughed. It was my first and last successful joke.
Here’s the joke told right before my one, perfect joke.

A lady goes to the doctor with a frog on her head. The doctor asks what’s wrong. The frog replies, “I’ve got something stuck to my ass.”

Our supervisor goes to the doctor with a frog on his head. The doctor asks what’s wrong.

Long pause. The crowd leans in with anticipation. My perfect comedic timing is working its magic.
My workmates shout, “What did the frog say?!”

I don’t know, but our supervisor said, “I’m not paying”.

And I bask in the glory of the perfectly executed joke. (Our supervisor was a notorious cheapskate).
Ah, never to be repeated again.
*Suchary or sucharki are actually hard toast/biscuits, but in slang a suchar is a totally lame joke. Yeah, I’m down with the kids. 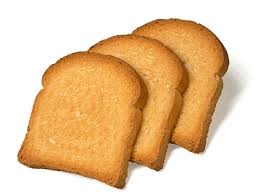 Exposed Beams and other stuff