Marszu Niepodległości i Sprawiedliwości – March of Independence and Justice

There were a lot of anti-Tusk signs and anti-Sikorski signs especially after Sikorski’s public comments that we (Europe) cannot afford Germany’s lack of action in face of the financial crisis. PiS has expressed a fear that Poland’s sovereignty is threatened by membership in the European Union. Just an FYI – Poland currently holds the Presidency of the Council of the European Union.

Here’s just a taste of what Kaczyński had to say about it. Read more here in Gazeta Wyborcza.

I want to promise you all that PiS will lead the fight for Poland’s sovereignty! So that Polish citizens can decide for themselves what is important. We can do it! If it were not for this sick government, if it were not for these little deals, our nation would push forward as China has done. We must throw off this bag of stones. – Jarosław Kaczyński (translation mine). *

I cannot think of a more independent and just country than China to model our nation after.** 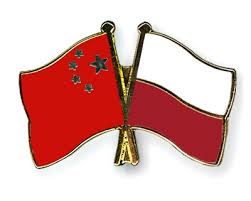 *If I understand correctly the “bag of stones” is the membership in the EU and the “little deals” are agreements with the EU.
**I thought we were supposed to model ourselves after Hungary? Jarosław, I can’t keep up.