This Thursday evening I had the honor of participating in PGF Urtica’s annual charity auction benefitting children’s cancer wards all across Poland held in the beautiful backdrop of the National Museum in Wroclaw.

PGF Urtica is one of the largest wholesalers and distributors of pharmaceuticals (to the hospital market) in the country. Urtica dzieciom is the charitable arm of the company which organizes cycles of artistic workshops for the patients in the children’s cancer wards. These workshops are led by a team of dedicated professional artists and art teachers throughout the whole year culminating in the annual auction where we can admire the artistic talents of those incredible little patients.

100% of the proceeds from the auction goes to the kids – to support the art program (which is now an essential element in the children’s rehab program) in addition to other programs to help make the children’s stay in the hospital as pleasant as possible. The wards are supplied with paints, paper, glue, books, board game, etc. The wards are also equipped with (in co-operation with the phone company) free “pay” phones so the kids can call home whenever they like.

The most fun was had during the “big auction” when the auctioneer and bidders did their best to boost up the prices. The auctioneer even bid against himself and bought a picture for double the starting bid (he was the only bidder – it was really quite comical). There were a few big fish there who entertained the audience with their bidding war. The generosity gave me a genuine warm and fuzzy feeling.

The most poignant and moving moment of the evening was when the President of PGF Urtica purchased the painting of a young patient and then returned it to his parents. This young artist was the star, so to speak, of the annual video shown at the auction. Unfortunately, that young boy died not long ago. His parents agreed to allow his interview to remain in the video and his painting to stay in the auction. They accepted the painting from the President (my new favorite student) graciously. There was not a dry eye in the house.

I was also pleased to provide translation for a guest from Austria. The gentleman, who works for a pharmaceutical producer, came all the way just for the auction. He and I were unable to participate in the “big auction” as the prices were beyond our means, but we both we able to snag something in the “small auction” which was a silent auction. A bit of bidding was required to get the picture that I wanted but I didn’t mind one bit. It’s all going to a great cause.

Our picture – The Stork –  made by a 4-year-old little girl.

The whole evening was solemn and joyful all at the same time. The thought crossed my mind more than once that my own happy and healthy children were at home sleeping peacefully in their own beds.

Hats off to the staff of PGF Urtica responsible for organizing this event.

I know that you all put your hearts into it. 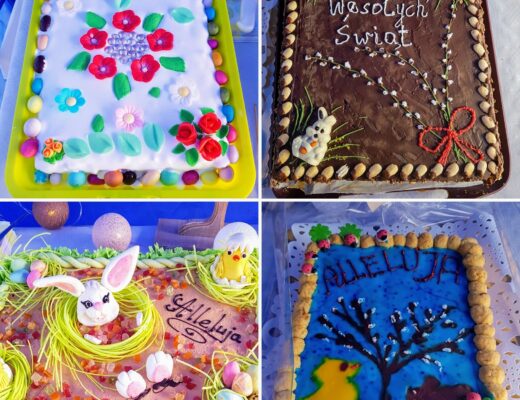