WWIII started by the English!

The English language that is. I am the first to admit that my English is not perfect. Have you noticed my punctuation issues?Even though English is my first and basically only language, I have been known to make a mistake or two. Nothing serious, but it has happened. For my husband, English is a second language and his English is impeccable. Excluding one unfortunate hyphen/hymen mix-up while giving an address, I can honestly say that I have never heard him make a mistake in English. For that reason, I often pick his brain concerning pressing English language issues that I may have. Yes, our marriage is just that exciting.

What does the proper use of the English language mean for me? Well, most importantly, it means that I have a job. It is my job to help people develop their language skills and to my students I always say – “Your success is my success” – your failure, however, is all your own 😉 But those are people for whom the English language is a second language if not a third or fourth. I do a little of teaching, correcting, encouraging and sometimes even disciplining. Even in a conversation lesson, I am constantly “on” listening for mistakes and supplying the missing word or sentence structure. If I were not a teacher, I probably would not even pay attention to subject-verb agreement or double negatives, but as I teach, watch TV or read, I can’t turn off my English teacher ears.

If you are an English teacher and you’d like to pain your teacher ears, I invite you for a viewing of the Jerry Springer Show. While I am not a Jerry Springer fan, I have watched it a few times and am truly embarrassed that it is broadcast in Poland. It is like airing your country’s dirty laundry for all the other countries to see. It has been said that the guests are not genuine, that either they are paid actors or that they tried to get on the show for fun. I disagree because in actuality people’s stupidity knows no bounds and also because I can hear when they speak that they are sincere no matter how crazy the topic is. However, there was one case that I was pretty sure was a fake. I don’t remember the topic exactly but it involved a secret (don’t they all?) in which a young lady had to reveal to her partner that she was in fact a stripper. I became suspicious first by the over-the-top reaction of the partner, but then by the lady’s proper use of the 3rd conditional. Not that strippers cannot have good grammar, but her appropriate use seemed somehow incongruous with her life story. To be fair, even Wolf Blitzer of CNN made a mistake in the 2nd conditional last week (I know, I need a hobby).

If you are rusty on your grammar…

2nd conditional: If I were you, I would not do that.

3rd conditional: If you had not stolen that car, you would not have been in prison. (you are out of prison-the crime and the prison stay are both in the past)

2nd/3rd mixed: If you had not stolen that car, you would not be in prison. (you are still in prison)

There is a language bone of contention in our house. It concerns the use of present continuous over present simple. Present simple should be used for (among other things) permanent states while present continuous is used for temporary states. So, if you haven’t seen me for a long time, let’s say, since high school and you ask what I’m up to, I will say “I’m living in Poland”. And from that one innocent sentence, WWIII breaks out in our house. Why? Because in that one sentence, I have shared with you my deepest feelings about my life in Poland. I have let you know that I see my stay in Poland as temporary. I do not answer, “I live in Poland” which suggests a permanency, but rather “I’m living in Poland” as if I’ve got one foot out the door already. But the rest of my actions don’t say that. I’m married to a Polish man. We have 2 kids together. We have a business together. We bought an apartment and house together with the joint mortgage debt that comes with them. I say that actions speak louder than words, but Misiu says that my words say what I really think. 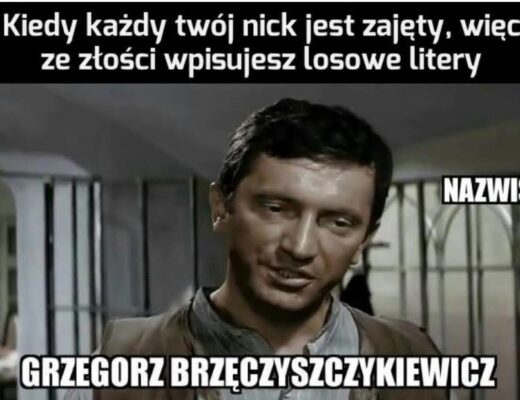