We all know where babies come from…

…but do you know where beets and potatoes come from?

I’m on an adventure trying to be a very good wife and mother so one thing that involves is cooking dinner everyday. Polish cuisine has a lot of interesting dishes with dough, pork, cabbage, potatoes, and beets as some of the favored ingredients. I try to oblige the taste buds of my husband and include some of them in my cooking. Potatoes are no problem. We get them from the farmer who farms our land for us. (We have a small farmhouse in the village near my husband’s hometown.) My farmhouse, at least for me, is purely recreational. Prior to that, I was getting potatoes from my parents-in-law who had a pretty well-stocked garden. In my father-in-law’s gardening heydays, we called him the garden nazi as all the rows were perfectly measured out and weeded daily. Later when things slowed down a bit for my in-laws, they cut back on their gardening.

Usually the potatoes were just given to me in a bag on our way back home, but one day my mother-in-law asked if I could get them myself. My parents-in-law’s garden consisted of 3 parts. One part was a lawn for sitting. Another part was fenced for growing fruit and vegetables and the third part was like the wild west with the other neighbors. Everybody knew which part was theirs but there were no fences. The potatoes were planted in the wild west. So after examining a few patches of potatoes I thought it best to ask my mother-in-law which patch was ours. I shouted up from the garden to the open window, “where are the potatoes?”‘ to which she replied, “in the ground Chris, in the ground”.

Beets were another story. I usually received beets from my mother-in-law too, but canned. No digging necessary. Once when my Polish beet salad stash had run out, I decided I’d just cook them myself. What could be so difficult? There was one problem though. I had never seen beets in their natural state, you know, uncooked. Luckily, I know the word for beet in Polish. If you want to call somebody a country bumpkin in Polish you can call them a beet. So I began searching the signs in the vegetable department of the supermarket until I found them. I put them in a clear, plastic bag and took them to the veggie lady to weigh them. I presented her with my bag and proudly said, “these are beets”. She looked at me and said dryly, “I know”.

You think your journey was bad po polsku 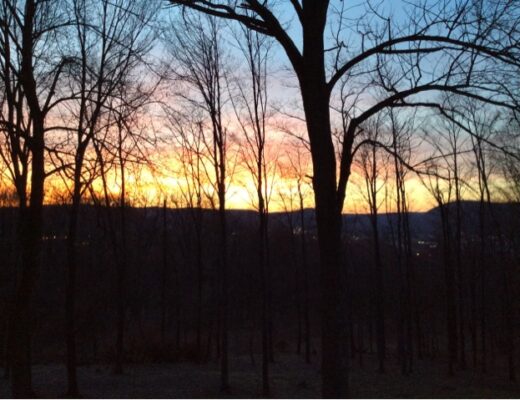