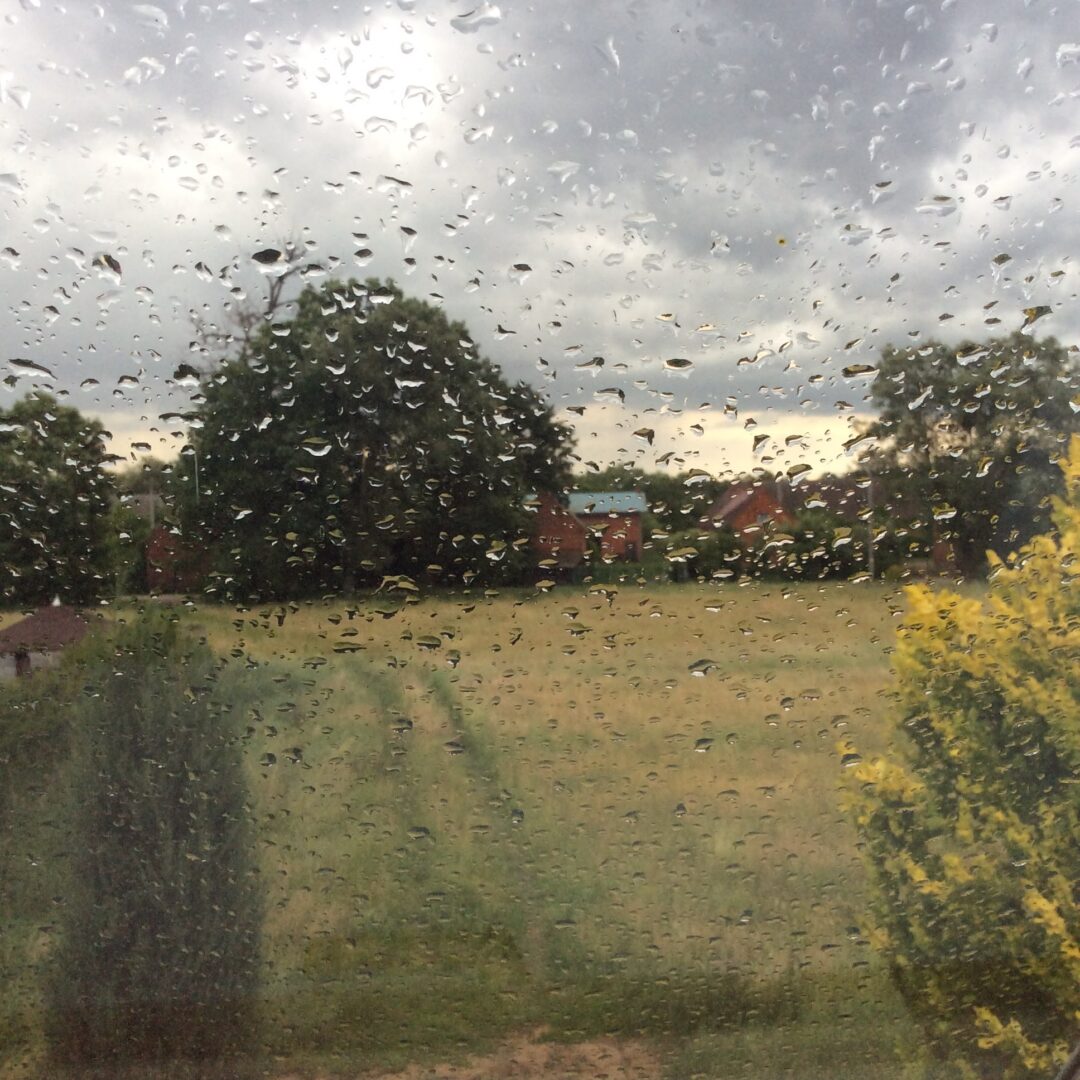 It seems like a lifetime ago, my very first day in Poland. It was an important day for me, the start of a lifetime journey. I didn’t realize at the time that I would find myself still in Poland all these years later. How many years later? A husband and 2 kids later.

I remember that my first day in Poland was a gray August day. But before arriving, the whole plane ride from New York (or was it Newark), I kept thinking – What am I doing? This is crazy. I looked over for reassurance at the three other American folks I had met at the airport, but they looked as unsure as I did. The plane was also pretty under-booked. This doesn’t bode well, I thought. Nobody wants to go there, so why am I going there?

I was really tired from the two domestic flights it had taken me to get to NY. No one in my family could drive me to the airport. Fortunately, I had two seats to myself to spread out, but I was still uncomfortable. A reason for my discomfort might have been my shoes. Cowboy boots! Yes, I was wearing cowboy boots. Not the fashion kind of cowboy boots, the real ride-on-a-horse kind. I’m from a rural area, traveling to a rural area. I thought I might need them, to, you know, ride a horse. I must have looked like such an arse, a totally conspicuous American out and about in the world.

After about 9 or so hours, we reached our 1st destination, Warsaw. We assembled into our new survival group – 2 sisters destined for Wrocław, myself destined for a small town, and the man of our group destined for a town about half-way between the City girls and me.

You can’t get lost in the airport, can you?

We immediately began searching for the domestic terminal. Our plan was to park our stuff there, and then explore, which means eat. We looked all around the ground floor of the airport and couldn’t find it. Then we packed all of us and our luggage for one year into the elevator and went upstairs hoping it was up there, but it wasn’t. We packed ourselves and all our stuff back inside the elevator and went down again this time to the information desk. Unfortunately, no one working on that shift could speak English, and we were not adept enough at foreign language charades to get our message across.

Saved by a cigarette break

At this point, one of the city girls wanted to have a cigarette. I stepped outside with her while the others kept an eye on our luggage. We both leaned our backs against the building in silence but surely thinking the same thought – what are we doing here? I turned to look at her and say something when I saw it – DOMESTIC TERMINAL. I forgot what I was going to say and cheered triumphantly that we had found it, accidentally but who’s counting? To get from the main airport to the domestic terminal (which was all located in the same building) you had to go outside and come back in another door. Triumphant I was, but I felt a little like Mr. Bean.

Our next challenge was to get on the right plane. The domestic terminal had one waiting room from which all flights boarded. At that time, they did not give you a boarding pass. Nor was there a sign to indicate which flight was boarding. The only way of knowing that your flight was boarding was to listen to the loud-speaker announcement. Imagine the Charlie Brown teacher wah, wah, wah-wah-wah waaaah but now in Polish. We couldn’t understand anything.

We devised a plan. Most people had their tickets out. We decided to split up and sidle up to different passengers until we found one going to the same place we were going. When the man of our group finally found somebody, he gave the thumbs up, and we vigilantly watched that passenger’s every move until we were safely on the plane. You may think that this is very funny or even sad, but a teacher from the same program who was headed to Wrocław (which used to be Breslau) got off the train in Breclav in the Czech Republic and almost didn’t make it for the first day of school.

With all that activity, I had almost not even noticed that it was cold, gray, and raining in the middle of August. On the short flight, I stared out the window wondering if the weather was always like that, what my town would be like, if I would make any friends, if I would do a good job teaching English at high school, if I would be able to learn Polish, where I would live, if I could survive on a teacher’s salary, etc. I also wondered why I had not thought about any of that prior to coming to Poland. There is such a thing as selective memory. Is there selective worrying?

The plane landed in Wrocław, and we anxiously collected our carry-on bags. We got off the plane to the still cold and gray day and found that we were on the tarmac with, as far as I could tell, no airport in sight. We (I mean the whole plane of passengers) stood around unsure of what to do when the flight attendant shouted something at us from the door of the plane. She shouted and pointed in the direction of 2 buildings which looked like some kind of barracks. There was a bigger one and a smaller one.

We headed off in the direction of the bigger one which we figured had to be the airport. That caused the flight attendant to start screaming again, pointing to the smaller building. (She probably wasn’t actually screaming but when you don’t understand a language you get the impression that everyone is screaming or fighting.) We headed in that direction, and it was quite a way away.

We finally made it and each of us found our contact teachers right away because then, there was no barrier between arrival/baggage claim and the waiting room. An English/German teacher and her husband were waiting for me. After some time, our baggage arrived, but there was no carousel. It was a free-for-all of people tearing the bags off of the trailers. I got my things as did my new friends. We departed as if we had known each other for years and may never see each other again. We gave heartfelt promises that we would find each other again somehow. Sounds dramatic but I was really tired, and I was wearing cowboy boots. We packed into the car, and I began the journey to my new life for the next year. That’s how I ended my first day in Poland.

I had no idea what to expect.

To answer those questions…

I now know the answers to those questions I asked myself on my flight from Warsaw to Wrocław all those years ago.

I stared out the window wondering if the weather was always like that,

No, August weather in Poland is not usually cold, gray, and rainy. It’s often hot and humid.

My town was small and charming, but at the time very difficult for me to live in because I didn’t speak the language and there were no self-service grocery stores.

if I would make any friends,

The answer to this one is YES.

if I would do a good job teaching English at high school,

This is another yes, although my first year definitely wasn’t my best year. I still teach some high schoolers and have moved on to adults and university students, but I was afraid for nothing.

if I would be able to learn Polish,

I was certain that I wouldn’t learn Polish, even more, that I couldn’t. Learning another language was for other people, not me. I thought you had to be a genius. Well, I am not a genius, and while I haven’t learned Polish to a super advanced level, but I can live here normally, watch TV, read books. Ok sometimes I mix up the months, but still, I am ok here.

where I would live,

That I did not know, but I ended up living in an office building. Long story but here it is. The building where I lived is currently for sale. Maybe I’ll ask the realtor if I can have a look.

if I could survive on a teacher’s salary, etc.

I won’t lie. It is really difficult especially when my husband and I are both freelancers, and there are 4 of us now.

I also wondered why I had not thought about any of that prior to coming to Poland. There is such a thing as selective memory. Is there selective worrying?

This is the best one because now I am such a total worrywart. What happened to me?!