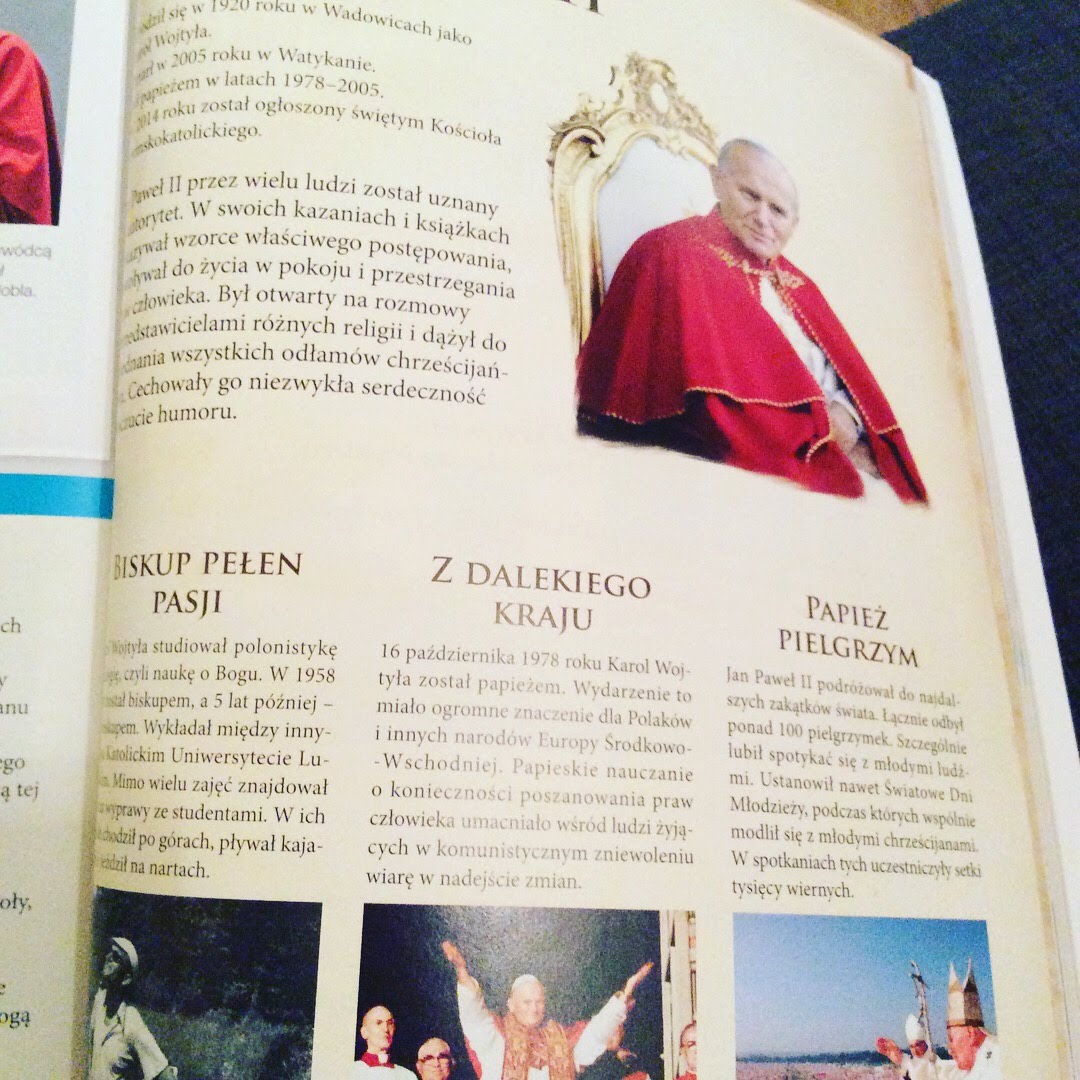 Do you know that expression, used as a strong affirmative in answer to a question? Question- Hey, you wanna drink? Answer- Is the Pope Catholic? Right? Okay, so you are with me. My sister, in search of two confirmed Catholics to be Godparents to her daughter, e-mailed me a few years ago asking if my Polish husband was Catholic. My answer – Is the Pope Polish? How witty and how clever, I thought, but she didn’t get it. Apparently, the nationality of the Pope is for many a bit of useless trivia. So, is the Pope Polish? Well, no not anymore. The current pope, Pope Francis, is Argentinian, and the previous pope, Pope Benedict XVI was German, but the pope at that time was a very Polish John Paul II, now deceased.

That’s all the Roman Catholic trivia you’re gonna get outta me. Thanks private Catholic school. Yeah, they still have that. So you can imagine my surprise when I arrived the first time in Poland, on August 15 to find everything closed for a church holiday. What Catholic holiday is so important that every bloody establishment serving the public and more importantly me, the American tourist, is closed? It is the Assumption of Mary. Don’t worry, I didn’t know either.

The Assumption of Mary is a church holiday and a national holiday. It is also Armed Forces Day. Everything is closed and people do not got to work. You’d imagine that everyone was devoutly observing the day in some pious manner, but in fact it is not the case. Most people try to combine this day off with some vacation days and a weekend to make the ever-popular “long weekend”. Polish people are really talented at taking a free Wednesday and magically transforming it into a weekend. You should see what they can do with a bottle of vodka, a loaf of bread, and a jar of pickles. YUM, that’s the recipe for a good time.

This August some people have plans to watch the assumption of another Madonna, of the pop star variety. It is so controversial, the deliciously raunchy Madonna having a concert on the Holy Mother’s special day. One thing though, nobody really cares except a few ultra-Catholics. Even my mother-in-law doesn’t care and she has a picture of the late John Paul II on the wall. Don’t believe the hype! http:///www.newsweek.com/id/208220

By Easter he was with me