I do not consider myself exactly a city girl, but if you are not a country girl then what are you? I spend the work week in the City of Wrocław performing the Polish miracle of cramming 4 people into an apartment made for 2. In Poland, when someone asks you about your apartment, they ask how many rooms you have, not how many bedrooms. Kitchens, bathrooms, foyers, pantries and closets do not qualify as rooms. We have 2 rooms (a bedroom and a living room), a kitchen, and a bathroom.

According to the census taker who visited us, we in fact have only one room as our kitchen does not have a door, thus making our living room an extension of our kitchen. You can forget about closet space in our apartment because we don’t have any, just one big, free-standing wardrobe which is my favorite piece of furniture we own. We are located on the edge of the city, not downtown but not yet suburbia. Our city is large enough to get lost in but small enough that you can meet someone you know by chance in the Market Square. My hometown is located in rural Pennsylvania so I cannot describe for you the pride I felt when I traveled around the city on the tram by myself for the first time and did not get lost. Now I’m an old pro and can get nostalgic about old tram routes that have been discontinued or discuss my record times for getting from one place to another by my expertly planned routes.

Living in a city has definite advantages. I teach English in companies so in a bigger city it is easier for me to find clients. There are a lot of attractions available in the City. You know, the ones that everyone mentions but hardly ever takes advantage of such as the opera, philharmonic, theatre, museums, etc. There are also sports facilities, shopping, restaurants, universities, parks, and so on and so on. My routine with work and 2 kids is pretty structured. So much so that I often don’t even think about the fact that I live in a foreign country. I mean, I cannot escape the fact. Everything is in Polish. Everybody speaks Polish. The city landscape is definitely not American, but somehow the days roll on and I stop thinking about it.

Growing up in a house with a yard, I had always associated apartment living with sophisticated city people who have posh coffee makers and catered dinner parties. After getting a taste of sophisticated city living po polsku, I began thinking about yards, gardens, trees, flowers – not houses – just the green part. Some people in the city have garden allotments, and I asked Misiu if maybe, possibly we could buy one. He told me that he would buy me a garden someday but with a house attached to it. I took him at his word and started looking.

With an open mind, we made an appointment with the agent and set out looking for houses just for fun I remind you in a rural area close to my in-laws about 1 hour away from the City. Like Goldilocks, we found this house too big and this house too small until we found our house which was just right. We arrived at the last house on our itinerary. It was a little red brick house with a barn built in about 1935 by Germans (this part of Poland used to be Germany). No one had lived there for about 10 years. The fence was falling down. The more than 2 acre yard was an overgrown mess. There were chickens (the neighbor’s) everywhere and chicken shyte under every foot step. As we walked to the back of the house, I thought to myself that it would be better to just leave now and not waste anymore time and then I saw it, a huge linden tree with a little bench under it. It was the dearest thing I had ever seen. My husband looking at my face said to the agent, “How much is that bench gonna cost me?”

We proceeded to look at the house, the barn and the land. I learned from the agent that this house had the trifekta – prąd-brak, woda-brak and łazienka (which means bathroom) – brak. Instead it had an outhouse, a pig stye and a chicken coop and was 7 kms away from my in-laws. What more could you ask for? Hmmm, maybe some lights, heat, water and a toilet? My DIY enthusiasm carried me away and before I knew it we were the proud and regretful (you can be both) owners of a ruin of a house in the Village just in time for my birthday.

They call it “buyer’s remorse” and boy did we have it bad. There’s nothing like doing your business in an outhouse full of 10 years of spiders to solidify your regret. For one year we did nothing but look at our house and repeat “what were we thinking”. The next year we decided to attack the garden. The following we did the roof and windows. After that the septic system, water and electricity and so on. Now that the recession has hit Poland (thanks USA ;), we have run out of moolah before we could manage to install any kind of heating system. Viva la electric space heater! We still have the original stairs and doors and the barn of course. The chicken coup and outhouse are gone. All of this was accomplished with our marriage in tact and only one trip to the hospital when Misiu fell through the floor (well lack of floor actually) upstairs and landed downstairs breaking his shoulder blade in the process. Did you know that it is actually quite rare to break only your shoulder blade because it is almost exclusively broken in serious accidents?

If in the City, I can forget that I am in a foreign country, in the Village I cannot. Neighbors invite us for coffee to discuss what to sow in the fields next year. The sounds of the Village vary from silence to a moo, moo here and an oink, oink there. There’s always a cast of drunken characters outside the Village store with a mass of dogs and sweet dirty-faced children sent to bring daddy home. Misiu says not to worry, that he is Polish and he feels foreign in the Village. For now it is only for weekends and holidays. Will I ever feel at home there?

You think you know somebody 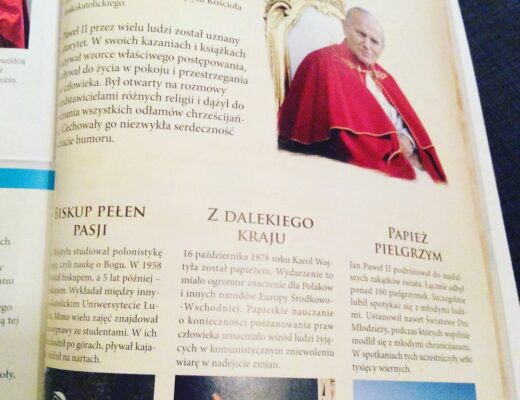